Rani Mukherjee who has been known for as one of the penultimate Indian actresses of Bollywood started her career in very low-budget films that spoke of glaring women's issues in the 90s. Her debut film entitled "Raja Ki Aayegi Baraat" or "Prince's Wedding Procession Will Arrive" is reportedly said to be a "commercial failure" in India's million dollar film industry. Recent discourses both in various social media outlets, newspapers, and even university classrooms have been hinting towards the increased sexual violence in India - one of the themes that both hinges upon on me emotionally and intellectually as I try to work through both my coursework term papers and attempt to unpack the current discourses that speak to the troubling violence of women in India. 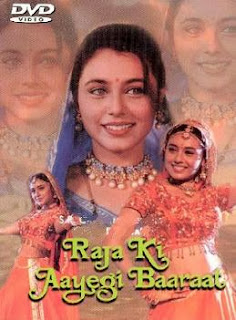 I am no "feminist" and do not identify my politics with the term after having studied the historical discourses that have shaped the Western discourses since the suffragette movement began during the industrial revolution period in England. I hold a MA degree in Women's Studies from Western and a graduate certificate in Women's Studies from University of Michigan, Ann Arbor. Suffice to say, I have had time to think and shape my politics as a 1.5 generation woman of color who identifies herself both as an Indian and an American but strongly as a post-colonial scholar who is concerned with the status of women (and other marginalized others) in India. 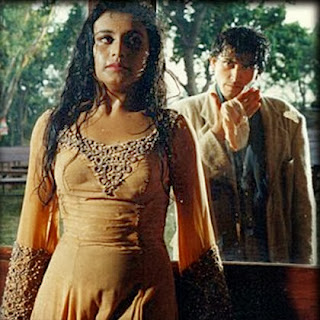 I do believe in gender (and "other" studies) that speak to the politics and subjectivity of the subaltern (Read Gayatri Spivak's Can the Subaltern Speak?) - the marginalized - be it a man, woman, or any other person who belongs to a part of the society who is oppressed by socio-political-economic systems that have been in place for the less-privileged. However, I do consider my self a post-colonial scholar who is deeply concerned about the discourse that is centered upon the (sexual) violence of women in India as one of the major concerns that have shaped my intellectual and personal passionate study of the topic. 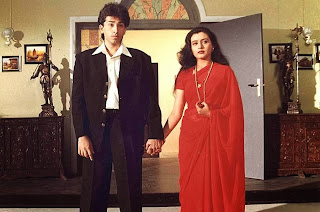 While there are other issues I hope to discuss in my blog in the future including acid attacks, dowry, the fairness debate, and other things that shape a middle class Indian woman's subjectivity in India. I will begin with this forgotten film, which I hope to resurrect from the "dead" and encourage people to watch it again (forgetting the low-budget production but focusing on how astutely and arguably "accurately" the director has brought about many important issues that continue to be hush-hush in India)! The film link that I have posted is with English subtitles but divided into parts. A full version is available but without any subtitles. 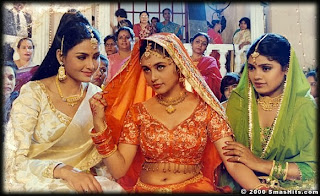 Raja ki Aayegi Baraat stars Rani Mukherjee, Shadab Khan, British-Indian actor Saeed Jaffery, and Mohnish Bahl - all of these actors (sans Shadab Khan) have made an international name for themselves but I give them props for being associated with a film that centered so heavily on domestic (and sexual violence) of women in India at a time when these realities were not even discussed or brought to light (which explains its supposed commercial failure). Today, I view their efforts as a gem and hope to use it in my pedagogical teachings in the future.

This film has three instances that I find are especially relevant when we discuss today's subjectivity of an Indian woman. Rani Mukherjee's character, Mala, is outspoken and strong. She angers Raja (Shadab Khan) when she arrives at his friend's wedding accusing his friend of abandoning his pregnant ex-girlfriend. Insulting and breaking the ceremony, Mala, a school teacher is then pursued by Raja who rapes her and leaves her naked and vulnerable in the classroom she teaches in. Humiliated but still resilient, Mala returns home to her father and a court case ensues. The court eventually sentences that Raja and Mala should be married in order to maintain the "honor" and "reputation" of both families. While the marriage takes place in a hush-hush manner, neither Raja nor Mala are happy with the arrangement. While Mala gradually starts to accept her role as Raja's wife, Raja and his family continue to despise her because of the fact that she belongs to a lower class and would not have been their daughter-in-law had Raja not raped her. Throughout the story, the family members attempt many schemes in order to literally remove Mala from their lives - anywhere from using physical violence (a scene where Raja tries to hit her with his belt) to a poisonous snake her uncle-in-law leaves in her honeymoon lodge when she is by herself to her sister-in-law leaving the gas on so that she can catch fire and lastly, her father-in-law hits her violently with a vase at the climax of the film. In all these instances, Mala comes out unscathed. The snake ends up poisoning Raja instead and she as a "heroic" figure sucks the blood out of him and like a true lover and wife saves his life and the film ends on a "sweet" note when the older brother (who supports Mala finally lashes out at this villainous wife who is no longer evil after her husband's rejection of her ideas) and when the lawyers and cop intervene, Mala lies to them that she had fallen from the staircase saving the "reputations" and "honors" of both her natal and marital home. The film wraps up nicely as both of them are shown getting married with celebrations and pomp.

Yes, the film is embedded with problematic issues and instances and perhaps the most glaring to an unfamiliar eye of India's cultural complexities and nuances will be a) a woman marrying her rapist b) silencing and forgetting all the moments of brutal violence against her - she is only accepted within her society if she remains silent and forgives and forgets all the attempts her in-laws and husband attempted to get rid of her. However, my argument as someone who is familiar with these complexities will suggest that the film was not a commercial success and is now among the forgotten films still alive in Youtube's search engines because it drives home the important points of silence and honour that continues to be so relevant to the society. There is always an uneasy silence that surrounds domestic violence in India (among other countries). The decision that the court did that encouraged the rapists to marry the victim is something that by no means that I endorse but it calls into question the ethics behind why the law would ask for such a decision and that is where it gets sticky. This is a practice that has been done for centuries but truly it makes you question WHY that is the case!

You also have to give credit to Mala for everything that she does - she attempts to find a happy medium between her vocal and strong character and her choice to still comply with traditional customs that is expected of her. Her husband eventually too gains respect, stands for her, and is even willing to take revenge for her against her perpetrators. The filmmaker's attempt to make a controversial film in the late 90s when Yash Chopra musicals were enjoying commercial success is something to think about. These are issues that no one wants to discuss or hear about. Furthermore, this film is definitely produced with a low budget even for its time. Lastly, I really like this film because it suggests that there are many women like Mala who exists who I would argue choose silence (from the law and the outer society) to enjoy a peaceful life with their families. she could have easily complained to the law and gotten her in-laws and husband jailed for their continuous brutal violence upon her but why did she choose not to speak to the law? Why was this the director's choice? Would the film have given the same message if the ending had not been the way that it was? I would suggest that because the film's ending was an eerily "sweet" one, it allows us as viewers and consumers of the film to take up the issues that are unresolved within the framework the film. Although the film speaks of issues we want to close our eyes to, I think the film makes a remarkable impact on the broader repertoire of Indian films that represent domestic violence and beg us to take a look at them again.

Kudos to the filmmakers who attempt to make movies that compel us to rethink glaring issues that impact the status of women in India.

© Nidhi Shrivastava 2014 This content is subject to copyrights. Please ask for my permission before using this content for any purpose.
Posted by shnidhi00@gmail.com at 4:18 PM